By Tom AveryFebruary 22, 2020March 3rd, 2021Exclusively Verbier, Luxury Ski Chalet Holidays, Getting ready for the skiing season, Things to do in Verbier
No Comments

Four to the Floor: A ski safari around the 4 Vallées

If you like covering the complete span of a lift pass area, banking the miles, aiming for a lunch as far away as possible, and racing the clock to get home, Verbier’s 4 Valleys has a route for you… Most people talk about coming on a ski holiday to Verbier, but they’re actually also coming to a place called Les Quatres Vallées (or 4 Valleys Verbier) Like Spinal Tap’s amp, it goes one higher than a certain French destination!. The 4 Valleys Verbier refers to the domaine du ski covered by the full lift pass – an area that adds Nendaz, Veysonnaz and Thyon to Verbier for a total of 412km of pistes, served by 92 lifts.

So, while Verbier’s winter sports reputation is built on its wealth of off-piste routes and some iconic challenging pistes, it is also a great piste-bashing destination for those who love to rack up the mileage and refuse to ski the same run twice in a day. With that in mind, we’ve devised an itinerary to fill an entire day and get the most out of the entire Four Valleys. It’s best done in the second half of the season when the crucial lifts are open an extra half an hour. But you might want to cut out a couple of stops or diversions to make it more relaxing…

(Optional diversion) Bruson
This is the extra valley in addition to the Quatres, but it takes some time, so you need to be happy in the knowledge that you’ll be hammering it all day if you take it on as well. If not, save it for another day. You ride a gondola down from the Medran station to Le Châble, then another up the other side, followed by the chair (there’s only one) to the highest point. The big attraction here is Les Otans, an itineraire run (marked and avalanche-secured, but ungroomed) which weaves through the trees back to the base – not too tricky and amazing after a fresh snowfall. (See right a typically empty Bruson piste)

Nendaz
Head back to the Medran station (or start there if you decided to have a lie-in) but this time head up, and transfer to the Funispace to reach Les Attelas at 2,727m. Choose from the black or blue Lacs runs, then take the Lacs des Vaux 2 chair. Now comes the first challenge – a thigh-burning workout on the Tortin bumps (see right). Don’t worry though, there is the option to down-ride instead! But instead of collapsing at the bottom and staggering onto the Tortin bubble, carry on past and shake out the lactic acid on the blue Tortin Siviez run.

At Siviez, you have a choice. You could surrender to the lure of a hot chocolate at Chalet Novelly, a picturesque enclave of ancient wooden buildings. Or you can press on to tick Nendaz off as the first official Four Valleys visit. Be warned, it’s not for the inexperienced, but if you handled Tortin, you’ll be fine. After a ride up the Siviez gondola, you ski the Plan du Fou-Les Fontaines itinerary and the Les Fontaines-Prarion black run. A chair from Prarion to Tracouet accesses local blues and reds down to the village of Nendaz. You then reverse the route (the lifts and runs are helpfully named after their start and end points) before sweeping up the hot chocolate-swigging shirkers at Siviez.

Veysonnaz
Now it’s time to head to the furthest point in the Four Valleys from Verbier. The Novelly chair followed by the Greppon Blanc drag leads you to a fork in the piste. If you fancy another ungroomed itinerary, try the mesmerically beautiful 1,200m descent of L’Éteygeon – but it can take an hour for even an experienced skier. As this is a piste-bashing exercise, we are going to suggest an alternative route.

A lovely long red called Tsa skirts the top of the woods above Veysonnaz before leading you right through the forest on a run called Les Mayens to the traditional village itself. Stamp those bindings, flip up your skis like Marcel Hirscher and jump on the gondola up to Thyon.

Thyon
Then it’s arguably the best tree-lined piste in the area for speeding down steep pitches: Piste de l’Ours (see above right) – a real bear of a run. Another gondola returns you to Thyon, a small purpose-built resort at 2,100m, but it’s time for another T-bar (sorry – but it’s a chance to cosy up to a friend), the Cheminée. Now, a few more thigh-burners before a late lunch: Les Crêtes black run along the ridge before dropping down to the right down a short, sharp shock of a red – Muraz – and a much more mellow rolling red to Les Masses. There is a reward when you get there. Former Ski Verbier Exclusive head chef Ashley Burke and her chef husband Darren run one of the best restaurants in the region, Le Bois Sauvage, focussing on local, seasonal produce and are lovely people to boot and the views of the Matterhorn from the sun-soaked terrace will take your breath away. Just be careful how long you linger – there’s some skiing required to get home.

The return to Verbier
It’s a reverse of the way here – Les Masses and Muraz express chairs and the Cheminée piste, before riding that same T-bar again. Zip down the first part of the Tsa red, hop up the T-bar of the same name, as you work your way across and up to Greppon Blanc. There are various options on this classic black run – but make sure you stay skier’s left to connect to the Novelly red back to Siviez and the Tortin chair, the crucial point in the connection back to Verbier.

If you’re cutting it fine, it’s the familiar Chassoure and Lac des Vaux rush (see left) to get to Attelas and safety. If you’re ahead of schedule, go via Col des Gentianes and the Mont Fort cable car, and treat yourself to a hot chocolate laced with abricotine at the 3,305m Igloo du Mont-Fort. It will fuel you up for the long run home! 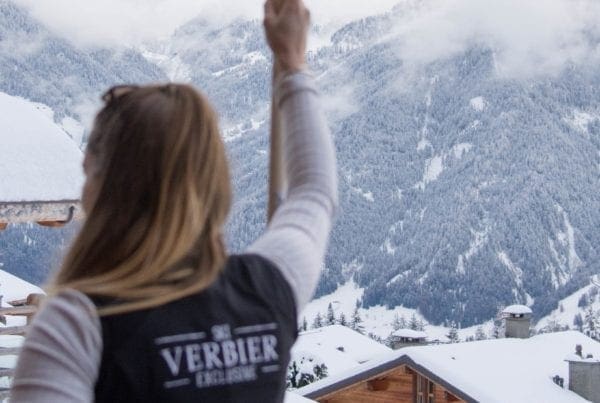 Hello from our Concierge Team 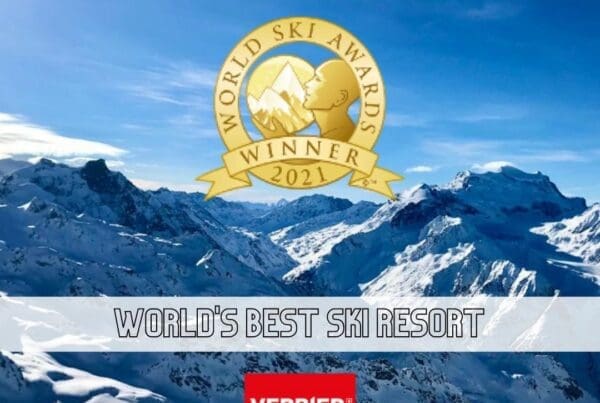 Why is Verbier the greatest ski resort in the World?